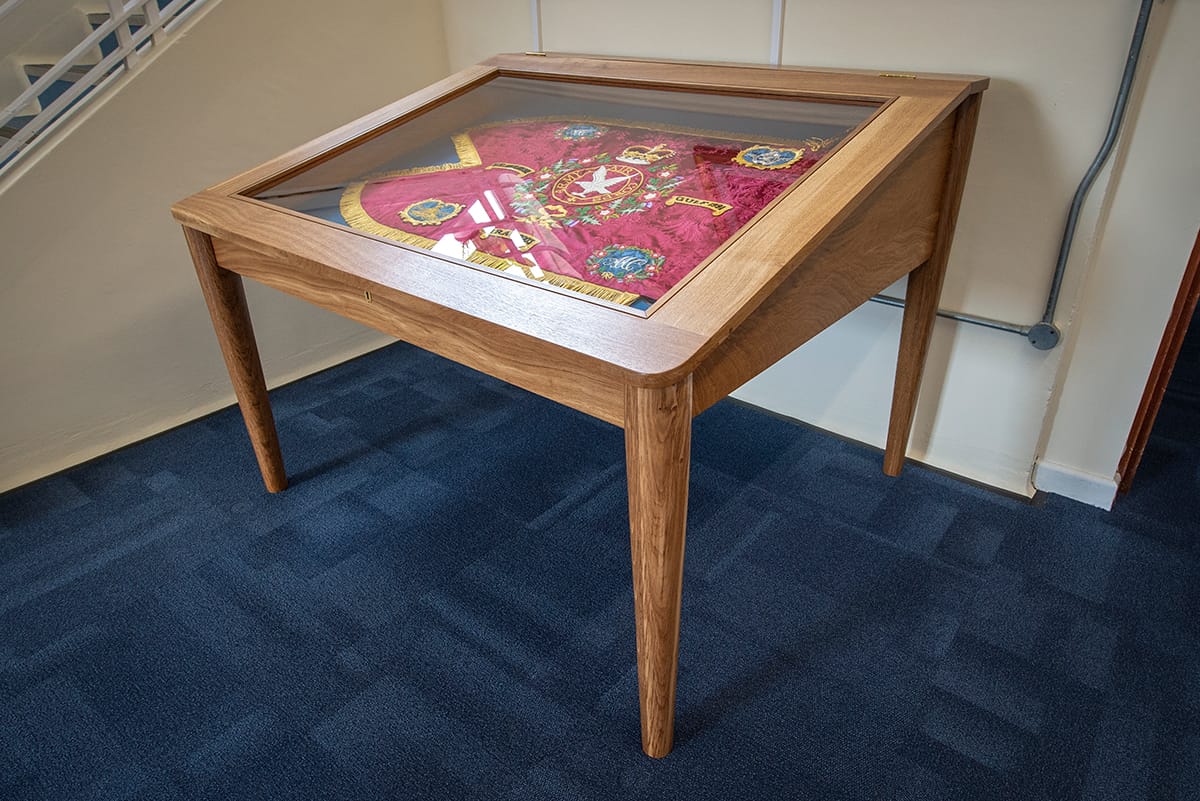 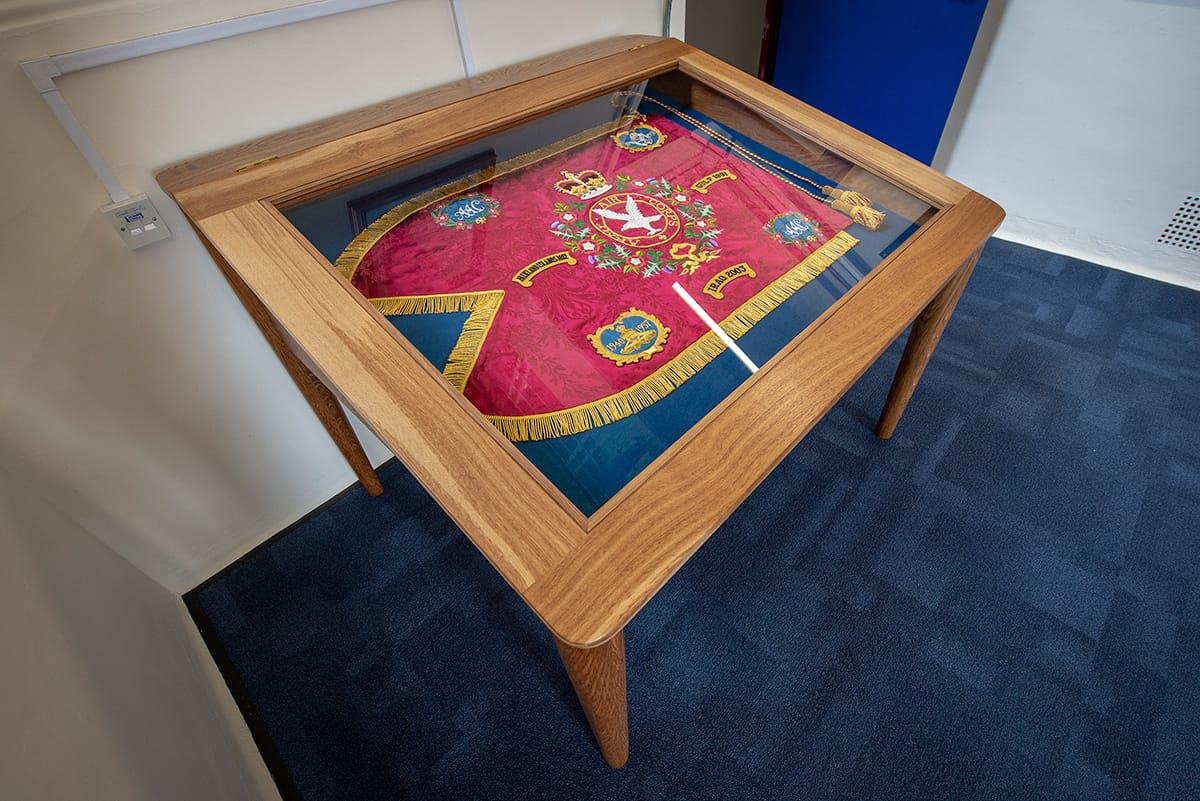 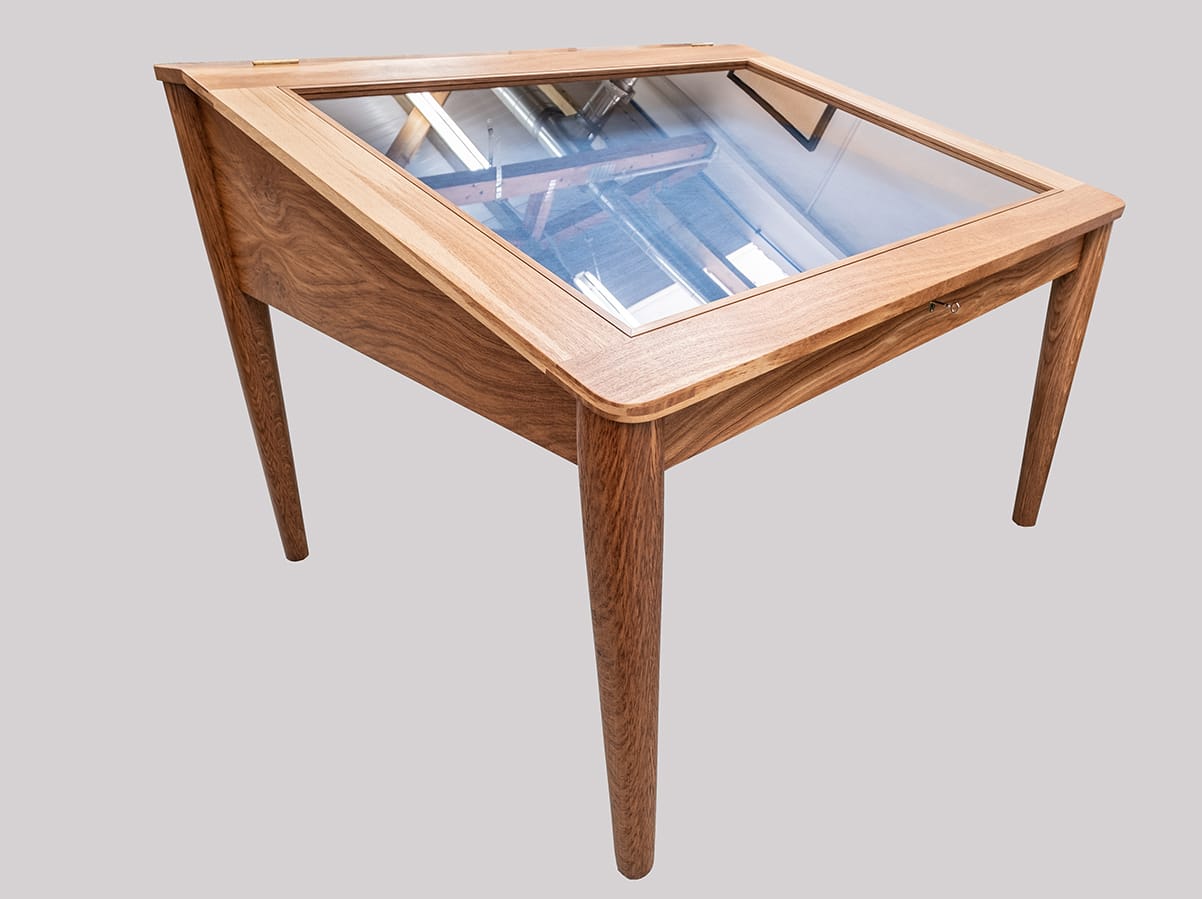 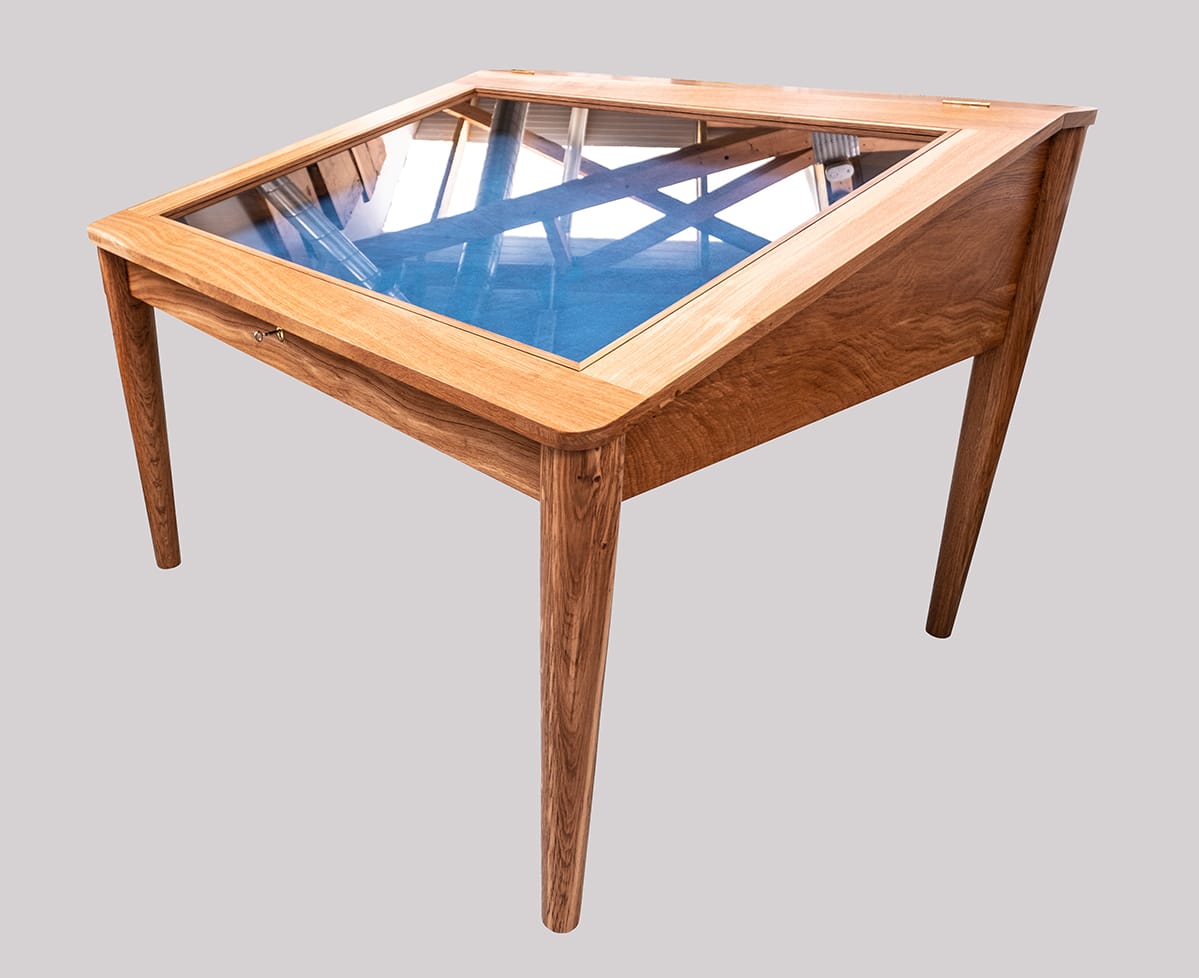 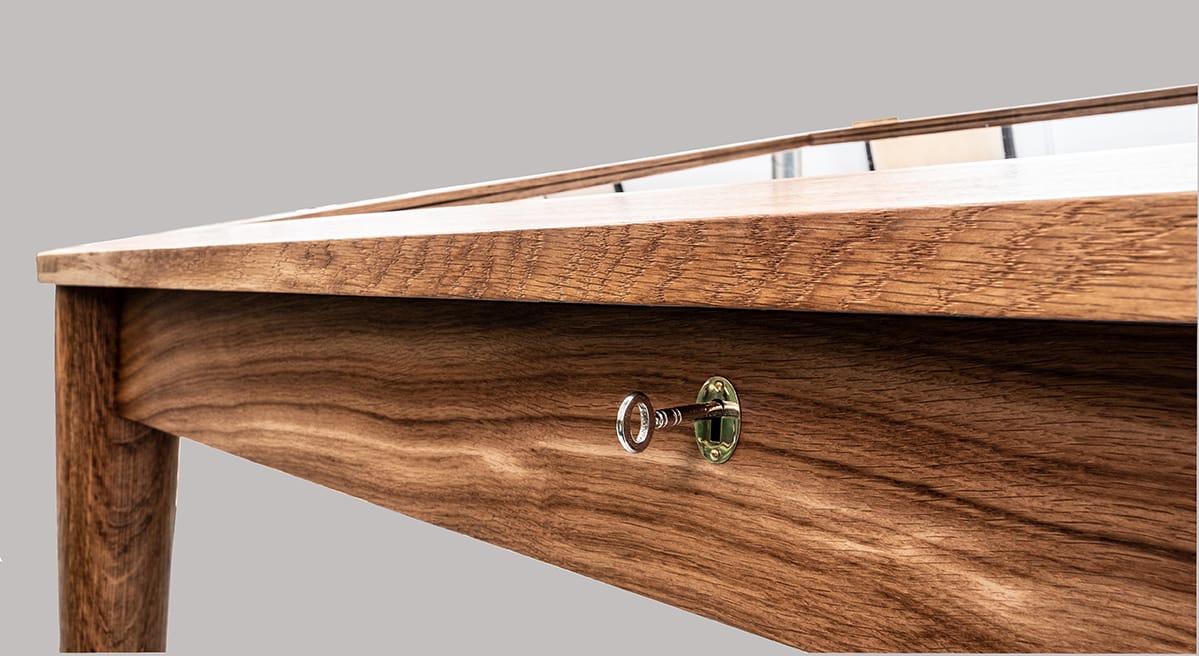 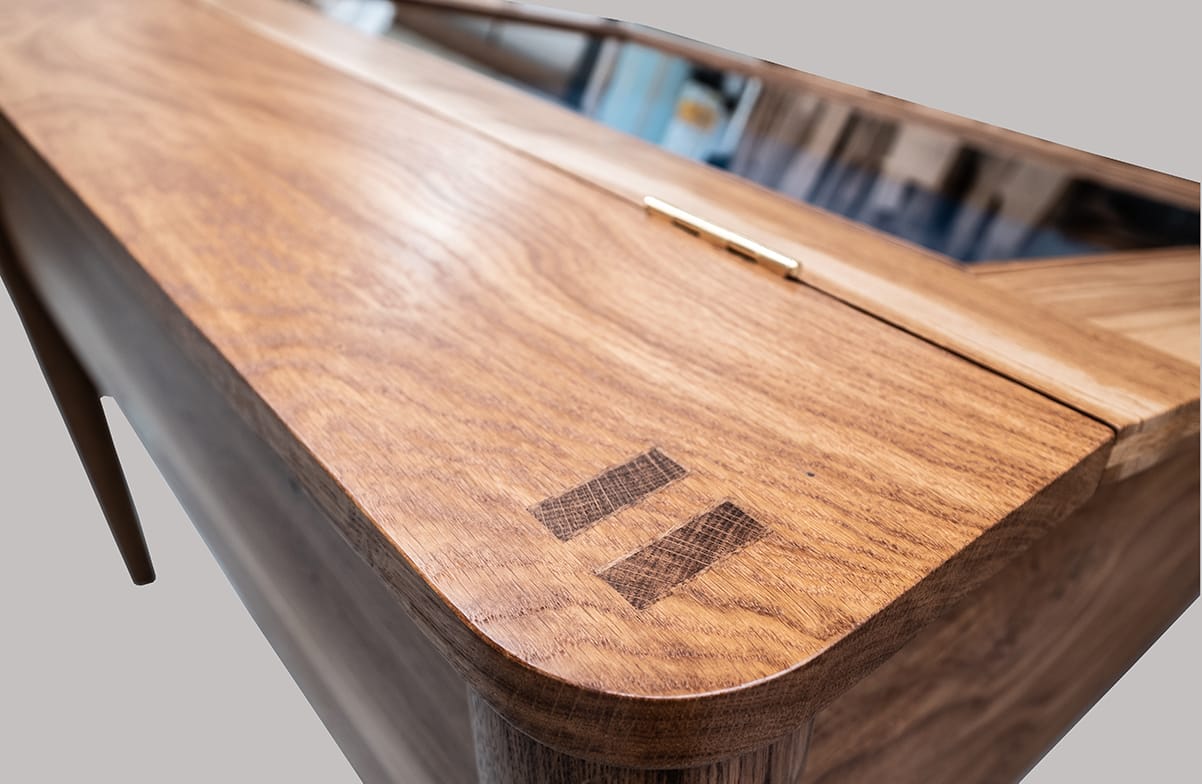 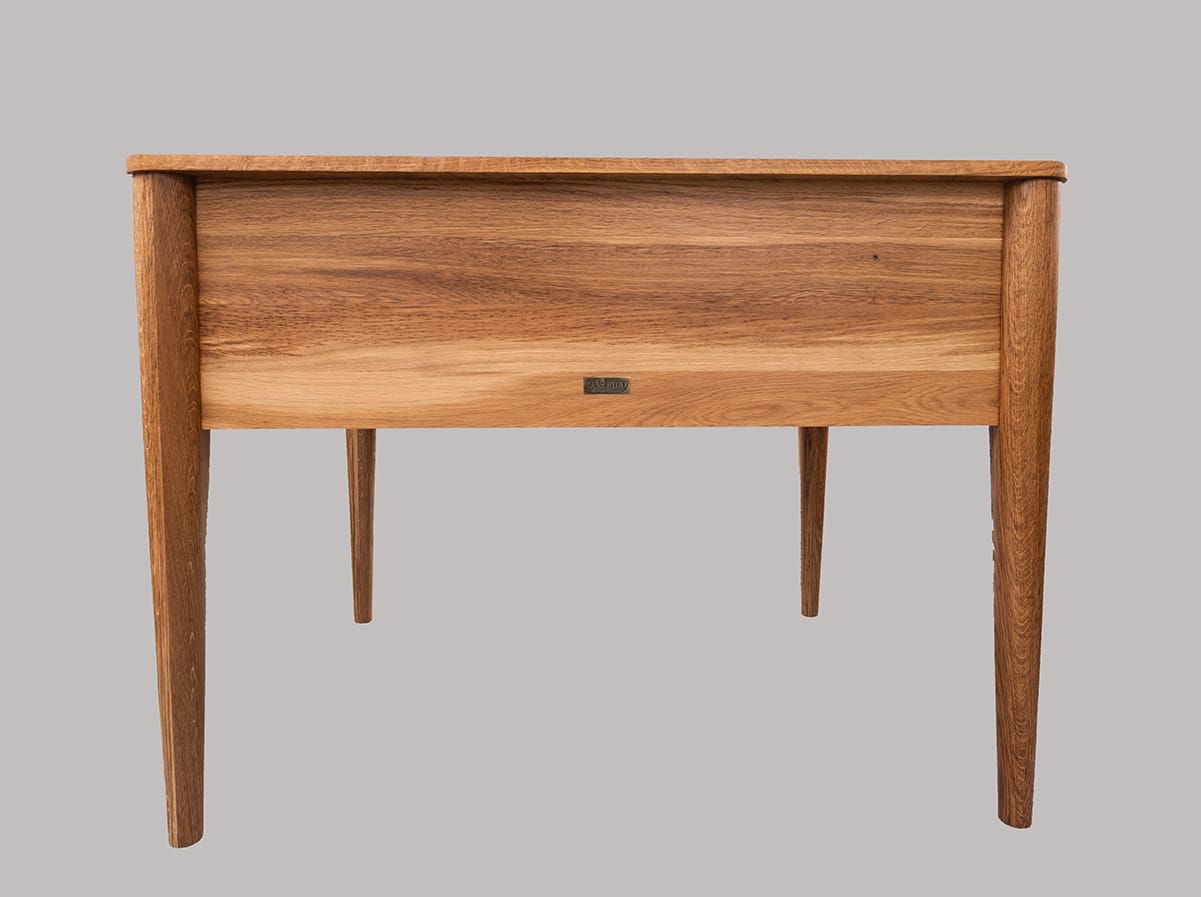 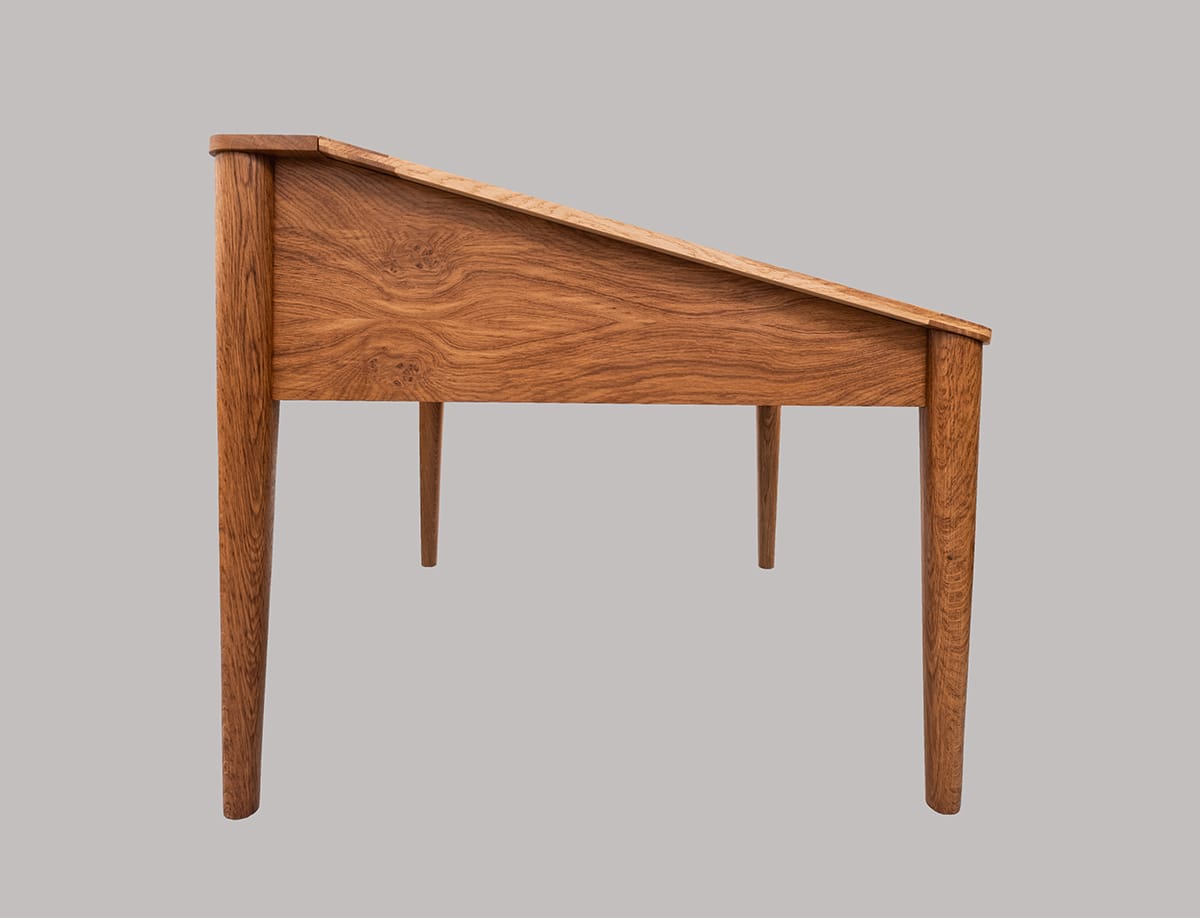 I was approached to design and make a new display cabinet for the headquarters of the British Army Air Corps (AAC).

Prince Charles is the Colonel in Chief of the AAC. To celebrate their 60th anniversary, her Majesty The Queen granted the Army Air Corps a new Guidon flag in recognition of the service by AAC personnel, see link below.

The Prince of Wales presents the Army Air Corps with a New Guidon.

I was honoured to be asked to make this display cabinet. I came up with a mid century design as they wanted a contemporary but classic look, it also had to blend in with various other furniture on site.

I used English brown Oak to tie in with a previous job (dining tables at the Officers mess, Wattisham station).

Museum quality glass, which blocks 99% of ultra violet light and has a higher clarity than standard glass.

Organic plant dyed felt to sit the Guidon on.

Polished brass ironmongery including a lock to keep the Guidon safe.